Saint Stephen’s basilica: Opening hours & all you need to know

St. Stephen’s Basilica is the biggest church in Budapest. And with its height of 314 feet it’s also the highest building in Budapest (next to the Hungarian Parliament Building). And lucky you: you can climb the basilica and enjoy a gorgeous view. Which is one of the reasons to pay a visit to this church.

On this page you will find all information you need to visit the St. Stephen’s Basilica.

You can visit the basilica at the following hours:

If there are any religious ceremonies the opening times can be changed.

The opening hours of the tower of Saint Stephen’s Basilica are a bit different than the opening times of the church itself. Check out the hours of the table below. The hours go for all day off the week, Monday until Sunday.

To visit the viewpoint of the church you need to climb quite some stairs. But the view is worth it. If you can’t walk the stairs, don’t worry. There is also an elevator to the top.

To enter the St. Stephen’s Basilica you don’t need to pay anything. But it’s appreciated a lot if you make a small contribution. A normal amount to pay would be 200 HUF, which is around 0,5 pound.

For entering the dome with the viewpoint you do need to pay a small amount. With this ticket you can also visit the treasury of the basilica.

With the Budapest Card you will receive 15% discount on your ticket.

Skip the queue and take a guided tour of Saint Stephen’s Basilica. In this way you will get to know so much about the church you otherwise wouldn’t be able to know. You will learn about its history, the artworks and off course you will see the oldest human hand in the world. The tour includes a visit to the tower and it’s also including a visit to the treasury.

The tour guide was absolutely fantastic. Really easy to chat to and extremely knowledgeable of the basilica and other landmarks. Highly recommend this tour. The basilica is just breathtaking.

Do you want to enjoy the special surroundings in one of the most beautiful neo-classical buildings of Budapest? And meanwhile listen to a unique concert? Then maybe you would like to visit one of the organ concerts being held every Thursday night. The arias of the programme are performed by Kolos Kováts, one of the most famous and talented concert and oratorio singer in Hungary.

Going to a concert in St. Stephen’s Basilica will surely be a unique experience!

More information and book tickets for an organ concert >>

What’s there to see?

The church is named after Saint Stephen. The first king of Hungary. In the church you can find an important relic of Saint Stephen: his right hand. Apart from that there is a lot of nice paintings and artwork in the church. There is a beautifully painted dome.

What you didn’t know about Saint Stephen’s Basilica

So Saint Stephen’s Basilica is the biggest church of Budapest and – together with the Hungarian Parliament – the highest building in the city. These you probably already knew. But there is also some funny and interesting facts you probably didn’t know yet:

1. In 2014 this basilica was the 10th most photographed building in the world (!). The results were based on a “heatmap” technology which shows where in the world people are taking, uploading, and sharing the most photos via the Panaramio tool on Google Maps.

2. The most important relic in this church is probably the mummified hand of the name holder of this church. It makes sense to have the hand of the former king in the church, but there is a much more strange ‘relic’ in this church which doesn’t really seem to be logical. In the church you will find the tombs of some famous… soccer players. The most famous of them is Ferenc Puskás.

3. The building of the church took 54 years. That things didn’t always run smooth becomes clear when you know that nearly two decades into the project the entire dome collapsed. Rebuilding slowed down the process a lot. Due to this big delay both architects working on the St. Stephen’s Basilica never saw the finished building. They both died before all work was completed.

How to get there

Do you have any questions? Please let me know in the comments below. 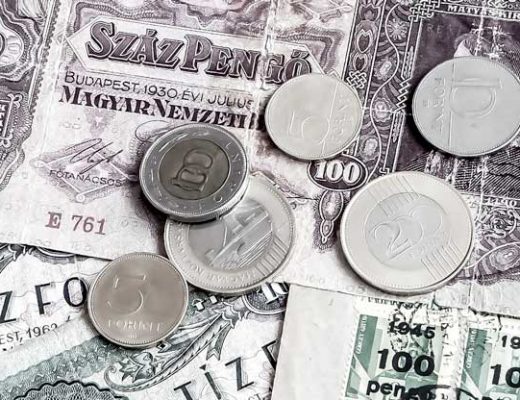